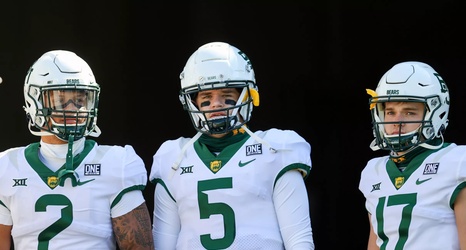 After a bye week following their loss to the Oklahoma Sooners, the Texas Longhorns (2-2) return to action against the Baylor Bears (1-1) in Austin. Baylor was forced to shut down football operations three times this year and have had to cancel two games (Louisiana Tech and Houston) while postponing their matchup against Oklahoma State. It’ll be 21 days in between games by the time the Bears arrive at Darrell K Royal-Texas Memorial Stadium on Saturday. Here’s a look at how first-year head coach Dave Aranda’s team will stack up against Texas:

What to expect from the Baylor offense

I believe I’m obligated to start this off by mentioning where Charlie Brewer played high school football and where his dad attended college, but I just can’t remember those specifics.