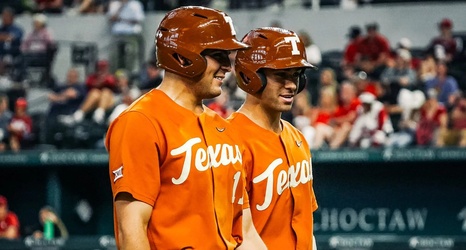 After starting April with a neutral-site series win over the Oklahoma Sooners, the No. 7 Texas Longhorns (21-9) begin a five-game homestand with a Tuesday contest against the UTRGV Vaqueros (16-11) at UFCU Disch-Falk Field.

Beyond the five straight home games that include a conference series against No. 23 TCU, Texas plays 14 of the next 18 games in Austin, where the Longhorns are 10-2 this season, thanks in part to averaging 6,958 fans in attendance, which would set a program record.

The burnt orange and white faithful have been treated to the Big 12’s best offense — Texas leads the conference with a .