No. 2 Volleyball moves on to the NCAA Regional Semifinal 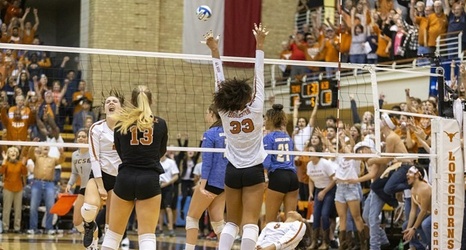 This marked the Longhorns first five-set victory of the season.

In the middle, sophomore Brionne Butler posted her first career double-double with 14 kills and a career-high 11 blocks.