No. 1 Longhorns Dominate No. 9 Virginia 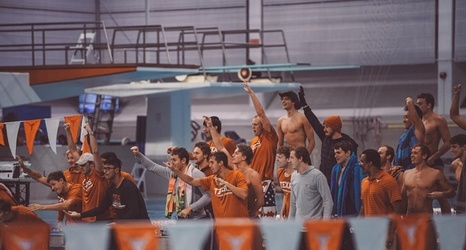 CHARLOTTESVILLE, Va. – The defending 2021 NCAA Champions won in dominant fashion in a top-10 road showdown against No. 9 Virginia.

Texas left its mark against the Cavaliers claiming four Virginia pool records on the way to its third win of the season.

• It was nothing but Longhorns in front of the 500 freestyle as Texas took the top four times led by David Johnston's season-best time of 4:22.