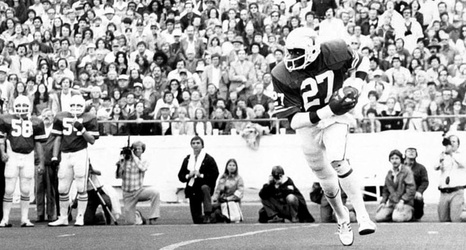 Johnson, played at The University of Texas from 1976-79 and was a two-time consensus All-American during his junior and senior seasons. He was a member of the FWAA's 1978 and '79 All-America Teams, from which the Legends Award recipient is chosen.

A native of LaGrange, Texas, Johnson played on three Texas teams that ranked among the Top 10 teams nationally in total defense and had 13 career interceptions.