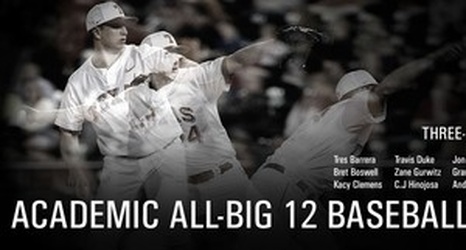 Texas had nine first-team members which also led the league

A total of 80 student-athletes were honored on the team, including 51 on the first team and 29 on the second team. Texas led all Big 12 schools with nine first team selections, and the 12 total selections tied for the league lead along with Baylor.

Senior Parker French, a finance major, was one of five Big 12 student-athletes to earn first team honors for the third time in his career.