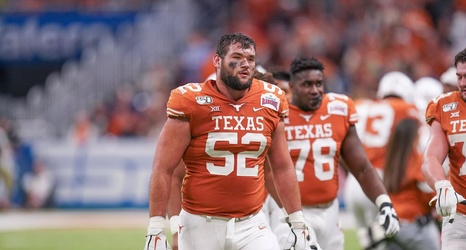 The Texas Longhorns will start conference play against the Texas Tech Red Raiders on Sept. 25 with an 11 a.m. Central kickoff on ABC at Darrell K Royal-Texas Memorial Stadium, the Big 12 announced on Monday.

The contest marks the last opportunity for head coach Steve Sarkisian to tune up his team before conference play hits a difficult stretch with games against TCU, Oklahoma, and Oklahoma State that could ultimately define the season.

But following last weekend’s blowout in Fayetteville, the Longhorns can’t overlook any opponents. After all, Texas needed an unlikely rally from a 15-point deficit to win an overtime game in Lubbock, 63-56.