Inside the Numbers: Texas finds new success on the ground 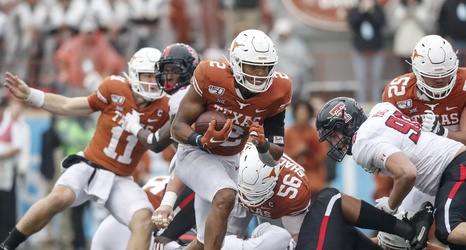 The Texas Longhorns’ season may not have turned out how they wanted it to, but with pride on the line in the final game they showed up big and took care of business against the Texas Tech Red Raiders on Friday. There were flashy numbers put up by the Texas passing attack, but the running game set the pace for the offense and opened things up through the air.

For several weeks the Longhorns have worked to establish the run and against Texas Tech their efforts finally worked.