Inside the Numbers: Self-inflicted wounds once again cost Texas 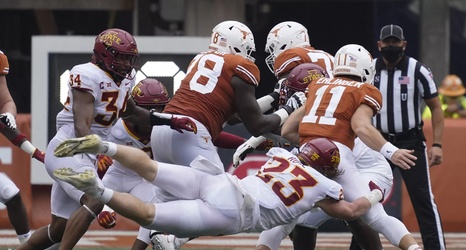 With the loss to the Iowa State Cyclones, the Texas Longhorns saw their hopes of a conference championship come to a close for the season, marking yet another disappointing run for the Longhorns.

Tom Herman’s Longhorns were once again unable to come away with a win in a close game, their third one-score loss of the season and No. 13 in the four years under Herman. As with all of these games, it seems like Texas was unable to capitalize on the opportunities presented, snatching defeat from the jaws of victory.