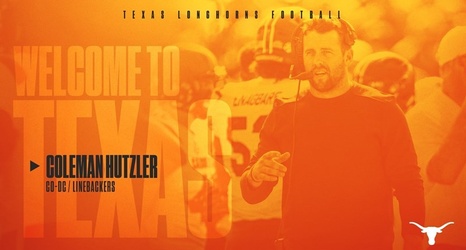 A 13-year coaching veteran, including seven seasons coaching defense in the SEC, Coleman Hutzler has joined the Longhorns staff.

"Coleman is a coach who came highly recommended by several people I have a great deal of respect for in our business," Herman said. "When we had a chance to sit down and talk with him, he certainly lived up to everything we had heard.