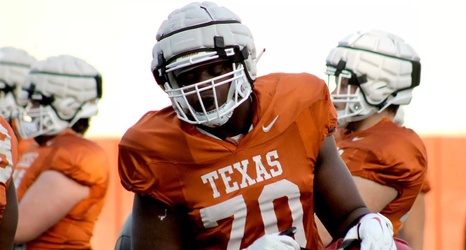 On Wednesday, news broke that Texas Longhorns redshirt senior Denzel Okafor has entered the NCAA transfer portal with the intentions of becoming a graduate transfer.

Regardless of whether that decision was spurred by academic considerations like difficulty getting into a graduate program at Texas or whether it was about the possibility of playing time, there’s no question that Okafor’s potential departure is significant news for Herb Hand’s offensive line.

Texas returns three full-time starters from last season’s group, but Okafor had appeared in 40 games with five career starts, making him one of the most experienced offensive linemen in the program.