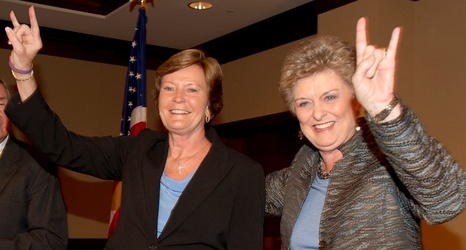 Jody Conradt reflects on friendship with former Tennessee head coach, who has recently been in declining health.

The year was 1987 – just the sixth season since the NCAA began sponsorship of women's basketball – and the University of Tennessee had six days earlier christened Thompson-Boling Arena, a nearly 25,000-seat gem situated on the banks of the Tennessee River.