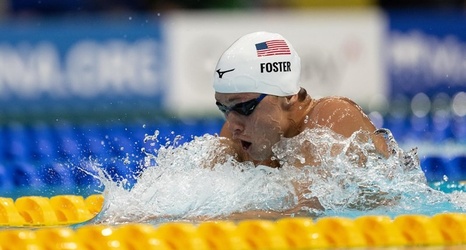 BUDAPEST, Hungary – Texas Men's Swimming's Carson Foster captured the silver medal for the United States in the 400-meter individual medley on Saturday at the Danube Arena. Leon Marchand of France won gold, while Chase Kalisz of the United State claimed the bronze to give the Americans a 2-3 finish.

"It's incredible," Foster said on making his first Worlds podium. "I feel like I have kind of been chasing that for a while, so to be finally able to do it feels really good.