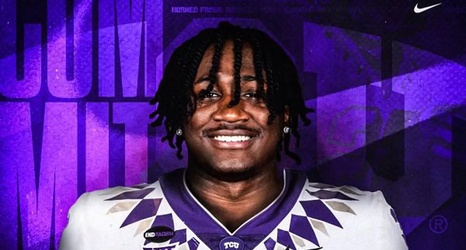 A hit to the long-term depth at linebacker for the Texas Longhorns is now officially the gain for the new staff in Fort Worth, as redshirt freshman Terrence Cooks II committed to the TCU Horned Frogs on Monday.

The 6’2, 218-pounder entered the NCAA transfer portal in early November after apparent frustration about his lack of early playing time for the Longhorns. Less than two weeks later, Cooks took an official visit to Ole Miss and he appeared set to rejoin Coleman Hutzler, who recruited Cooks to Texas as the linebackers coach on the Forty Acres under former defensive coordinator Chris Ash.