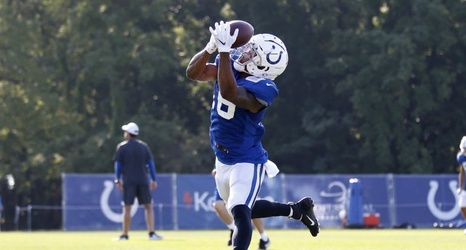 The Indianapolis Colts were one of the teams over the weekend that parted ways with a former skill position player out of the Texas football program.

On the late afternoon of Sep. 5, all 32 NFL teams had to cut their rosters down to 53 players. And a number of those NFL teams wound up cutting former players out of the Texas football program over the weekend, including a few wide receivers in particular. One notable former Longhorn that was cut by the Indianapolis Colts this weekend ahead of their Sep.