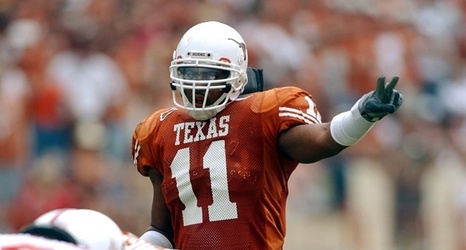 SPRINGFIELD, Mo. – Texas Football legend Derrick Johnson was inducted into the Missouri Sports Hall of Fame on Sunday night. Johnson spent 13 of his 14 NFL seasons with the Kansas City Chiefs, finishing his career as the franchise's all-time leader in tackles (1,151), while adding 14 interceptions, 27.5 sacks and 40 quarterback hits. He was a first-team All-Pro selection in 2010 and a four-time Pro Bowler (2011-13, 2015).