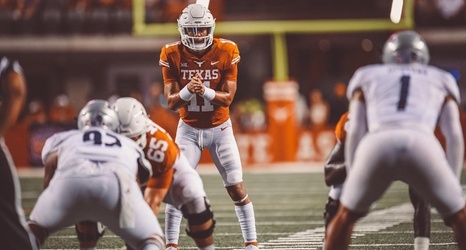 AUSTIN, Texas – Kickoff for Texas Football's Oct. 2 game with TCU is set for 11 a.m. CT, the Big 12 Conference announced Monday. The game will air on ABC from Amon G. Carter Stadium in Fort Worth, Texas.

Texas is 63-27-1 all-time against the Horned Frogs and have a 27-12 mark when the former Southwest Conference rivals square off in Fort Worth. The Longhorns fell to TCU, and fell to TCU, 33-31, last season in Austin.