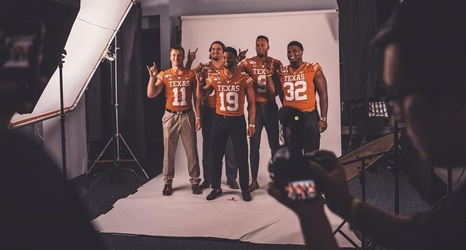 The Texas program has annually named one or more team captains since the program's inception in 1893. Five captains have been selected in each of Tom Herman's three seasons as head coach, and 2019 marks the second time during his tenure that all five are first-time selections (2017).