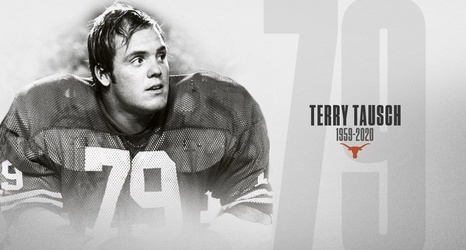 AUSTIN, Texas – Texas Football great Terry Tausch passed away Wednesday night at his home in Plano, Texas. Tausch was a four-year letterman (1978-81) for the Longhorns, earned All-America honors in 1980 and 1981, and was inducted into the Texas Athletics Hall of Honor in 2001. He was 61 years old.

At Texas, Tausch was a speedy, dependable offensive tackle who capped his collegiate career with consensus All-America honors in 1981. He also was named a Football News All-American as a junior, and earned All-Southwest Conference honors in each of his final two seasons at UT.