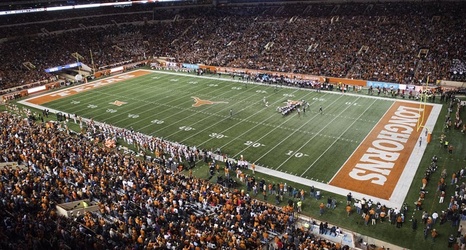 AUSTIN, Texas — The University of Texas has added a Football game with San Jose State to round out the Longhorns' 2025 season non-conference slate, UT Vice President and Athletics Director Chris Del Conte announced on Thursday.

Texas will host SJSU on Sept. 6, 2025, at Darrell K Royal-Texas Memorial Stadium. That game falls between a road contest to open the season at Ohio State (Aug. 30) and a home matchup with UTEP (Sept. 13). The Longhorns and Spartans played in Austin in 2017, which is the only time the two schools have previously met in football.