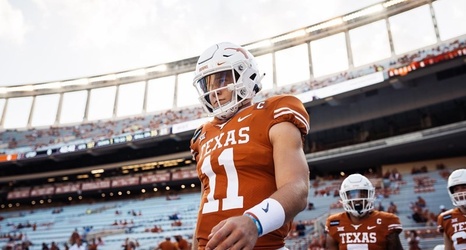 The Austin native completed 25-of-33 passes for 426 yards and five touchdowns, both career highs, in Texas' 59-3 season-opening win over UTEP. His 426 yards rank as the third-most prolific passing game in school history, while his five touchdown passes are tied for the second-best single-game output at UT. Ehlinger's performance placed him alongside West Virginia's Will Grier (2018) as the only Big 12 quarterbacks to throw for at least 420 yards and five touchdowns in a season opener since 2000.