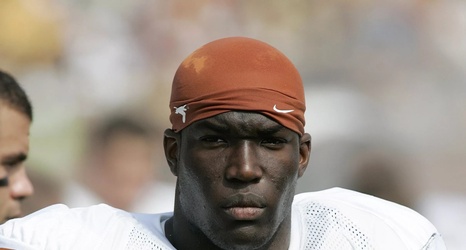 Four football players, including standouts like Brian Orakpo and Derrick Johnson, are among the 13 former student-athletes and one administrator who will receive induction into the Texas Athletics Hall of Honor in an August ceremony, the school announced on Thursday.

The ceremony will take place on Aug. 30 at 6 p.m. Central in the Zlotnik Ballroom at the AT&T Hotel and Conference Center. Texas will also recognize the inductees during the football season opener against Louisiana Tech the following day.