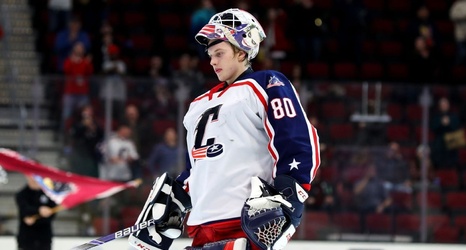 A medical examiner in Michigan says an autopsy has determined that Columbus Blue Jackets goaltender Matiss Kivlenieks died of chest trauma from an errant fireworks mortar blast, and not a fall, as authorities previously reported.

Police in Novi, Michigan, said the mortar-style firework tilted slightly and started to fire toward people nearby Sunday night. The 24-year-old Kivleniek was in a hot tub and tried to get clear with several other people, police Lt. Jason Meier said.

Meier said that the fire department and EMTs arrived at a private home at 10:13 p.m. local time on Sunday.