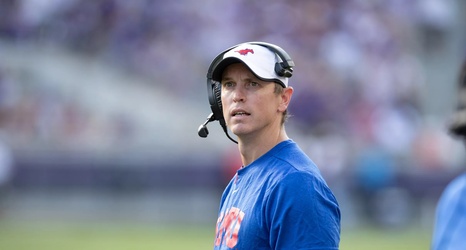 Now that new offensive coordinator Mike Yurcich and new defensive coordinator Chris Ash have made decisions about which staff members to retain from head coach Tom Herman’s group of on-field assistants from the 2019 regular season, the search process for new assistant coaches now begins in earnest for the Texas Longhorns.

There’s been a lot going on and a lot of moving pieces, so it’s worth compiling everything that’s happened into one place, especially to keep track of potential candidates who remain elsewhere or end up elsewhere.

Texas officially announced the hire of Yurcich two days before the Alamo Bowl and with the departure of Beck to Raleigh, Yurcich will take over the role of coaching Sam Ehlinger and company.