Bevo’s Daily Roundup: Texas’ No. 25 AP ranking is a step in the right direction 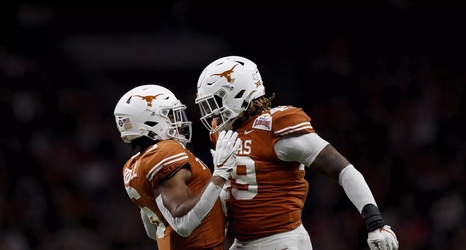 It feels good to be recognized.

We’re not talking about LSU Tigers head coach Ed Orgeron’s victorious talk with ESPN, in which he noted how a successful third and long play against the Texas Longhorns’ defense made him realize he was coaching a team with championship-winning potential. We’re talking about the final Associated Press rankings, in which Texas was ranked No. 25 overall.

Asked on ESPN when he knew that LSU could win it all, Ed Orgeron immediately references that third-and-17 touchdown pass by Joe Burrow against Texas.

That means it’s the first time since the 2008 and 2009 season that the Longhorns have finished ranked among the AP top-25 in back-to-back seasons.