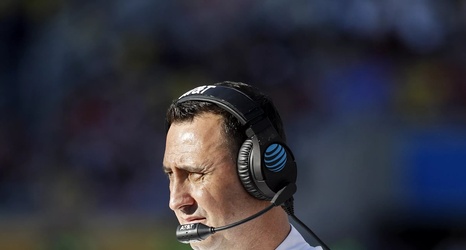 The Austin American-Statesman reports that Texas Longhorns head coach Steve Sarkisian, a former offensive coordinator for the Alabama Crimson Tide who was hired to replace Tom Herman, will likely soon sign a six-year, $34.2 million deal if approved by the UT System Board of Regents. And per the Statesman’s report, it almost undoubtedly will.

From the Statesman: “Sarkisian’s annual salary starts at $5.2 million for the 2021 season and escalates by $200,000 each year until it tops out at $6.2 million in 2026, according to the information posted late Friday in the UT regents’ agenda.