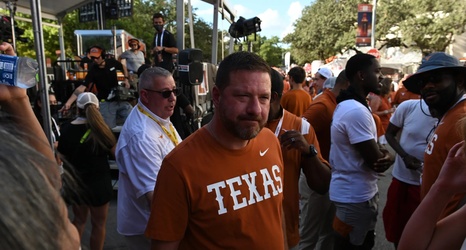 The Texas Longhorns men’s basketball team has been picked to finish second in the 2021-2022 season in the latest Preseason Big 12 poll, behind the Kansas Jayhawks (no. 1) and ahead of the reigning national champions, the Baylor Bears (No. 3.) Coming in at fourth in the pool is new hire head coach Chris Beard’s former program, the Texas Tech Red Raiders.

Austin American-Statesman: Texas’ athletic department recently did something no one saw coming