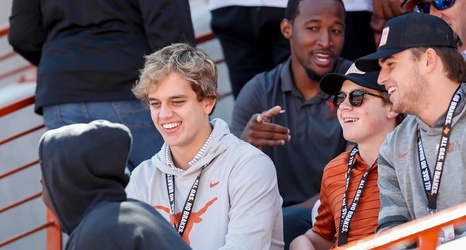 Granted, it would have been nice to take home a win against the Oklahoma State Cowboys, but nonetheless, it seems as though the most recent Manning family star enjoyed himself.

“He lit up and just said he had a great time,” Isidore Newman head coach Nelson Stewart said of Manning’s second vist, per 247Sports. “Loved atmosphere at the game, etc...”

Austin American-Statesman: Sark: ‘Obviously, there’s a level of frustration for us all’ at Texas

Austin American-Statesman: Golden: Texas’ Steve Sarkisian sure could use a Mr.