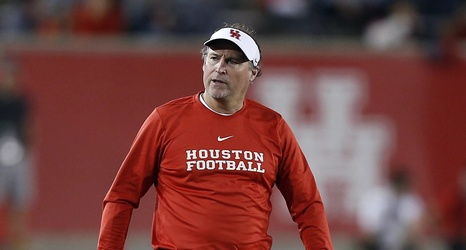 Houston Cougars head coach Dana Holgorsen is less-than-happy about the Baylor Bears’ 22-hour prior cancelation of last week’s game due to COVID concerns among Waco’s finest.

Dana Holgorsen on Saturday game with Baylor cancelled: “I don’t know how it gets to 22 hours before the game..There’s a reason why our conference & the Big 12 test 3 times a week.I would think our opponent kind of knows where they’re at,just like we kind of knew where we were at” pic.twitter.com/sekO9IKEwn

Austin American-Statesman: Bohls: Another Top 25 vote, but not another conference yet

Austin American-Statesman: Tom Herman: No need to mess with Texas’ plan to dole out running back touches

Austin American-Statesman: Facing Texas Tech is easy, just getting to the game is the hard part for No.