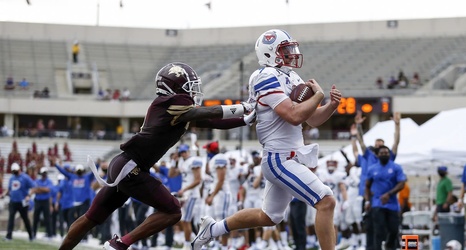 Former Texas Longhorns and SMU Mustangs quarterback Shane Buechele, who earned his starting stripes at first as a true freshman at Texas under former head coach Charlie Strong, has been activated to the Kansas City Chiefs’ active roster, according to NFL Insider.

#Chiefs are expected to add QB Shane Buechele to their roster today from the practice squad, source said.

Buechele was signed by the Chiefs as undrafted free agent in May earlier this year.