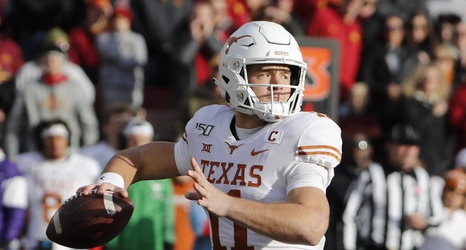 The Texas Longhorns had a big win over the UTEP Miners last weekend.

Texas now has a 10.2 percent chance of going undefeated this season, per ESPN. The Longhorns also have a 51.9 percent chance of winning their first Big 12 conference title of the Tom Herman era. Prior to the win over UTEP, the title likelihood sat at 39.5 percent.