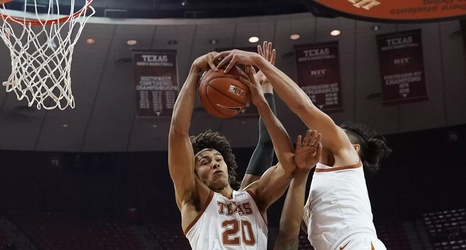 The Texas Longhorns will be without junior forward Jericho Sims for an indefinite period of time after head coach Shaka Smart confirmed on Thursday that Sims is dealing with a back injury that could end his season.

However, the medical staff is still trying to determine the extent of the injury, which Sims has been dealing with for several months.

“He’s been battling some injuries in that area for quite a while,” Smart said. “You know he’s been a real warrior, to be honest with you, just the way that he’s hung in there.