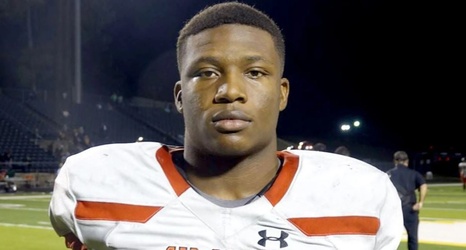 The second bit of big recruiting news for the Texas Longhorns on Thanksgiving didn’t break in favor of head coach Steve Sarkisian’s program, as Tyler Legacy running back Jamarion Miller announced his flip from the Longhorns to the Alabama Crimson Tide.

The 5’10, 195-pounder committed to Texas in late June only days after taking his official visit to the Forty Acres, but Alabama ramped up its pursuit of Miller in recent weeks, quietly hosting him for an official visit last month and securing his commitment on Thursday.