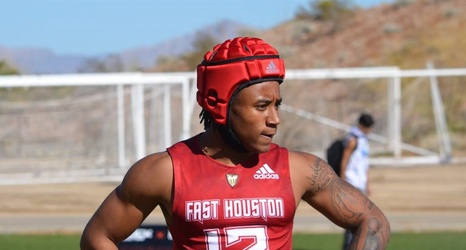 Another elite talent is now on board with Tom Herman’s 2022 class, as Port Arthur Memorial cornerback Jaylon Guilbeau announced his commitment to the Texas Longhorns on Saturday afternoon.

First giving honor to GOD who’s the head of our house.
“For we live by faith, not by sight” Corinthians 5:7

The four-star talent picked Texas over 15 other options, but to make for an interesting twist in this recruitment, though, Guilbeau — long considered a Longhorns lean entering the final stretch of his recruitment — left Texas off of his top five in early September, announcing Alabama, Oregon, Texas A&M, Penn State, and LSU as his final options.