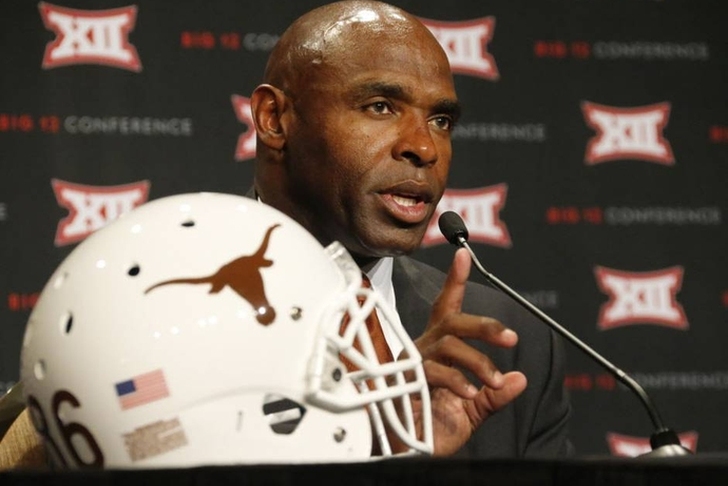 Three-star Westlake High School quarterback Sam Ehlinger took only ten days to commit to the Texas Longhorns after his hometown team extended him a coveted scholarship offer. Now that he's on board, the 2017 standout is readying to become a recruiting tool for the program as they attempt to lure more top-level talent to Austin.

Texas only has two commits for the Class of 2017 so far -- Ehlinger and four-star wide receiver Damion Miller.

Ehlinger is already doing his best to change that with the help of preexisting relationships with other prospects. Ehlinger says he follows a lot of Texas targets on Twitter and often favorites their posts to ensure that he remains in the minds of the recruits as they close in our their own college decisions.