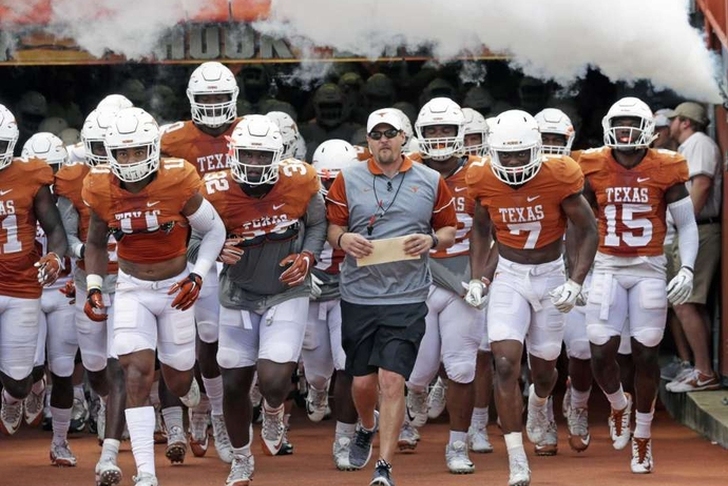 The 2017 college football coaches poll was just released, and Texas starts the year at #23. The Longhorns saw last season end in turmoil as they quickly fell out of the top 25 and fired head coach Charlie Strong.

However, optimism is high in Austin this year after they hired former Houston head coach Tom Herman to take over their lead role. The Longhorns are also hoping that sophomore quarterback Shane Buechele can adapt to the new offense and become the next Texas star.

Texas sees themselves back in the preseason coaches’ poll for the first time since 2013 when they were ranked 13th. They were left out of the poll the past three seasons.

Here are their coaches poll preseason rankings since 2007:

Check out our Texas Longhorns page for all the latest Texas football news or download the Chat Sports App!