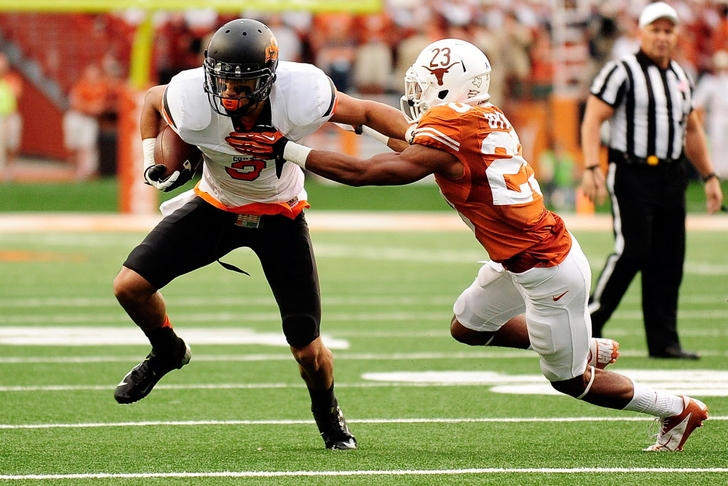 The Texas Longhorns take on the Oklahoma State Cowboys, looking to extend their win streak to three games.

On the other side, Oklahoma State is trying to end a three game losing streak that has seen them plummet in the Big 12 standings.

The winner will collect their sixth win of the year, making them bowl eligible.

After failing to find any consistency early in the season, Texas has now played back-to-back complete games; the offense has scored 67 points, while the defense has allowed just 29 in that span.

Oklahoma State Outlook: The Cowboys have collapsed after a strong start to the season, losing their last three games coming into this matchup.

The offense has sputtered, scoring just 33 points during that stretch. Oklahoma State is now in danger of missing bowl eligibility entirely with games against Baylor and Oklahoma on the schedule next.

What to watch for: Can Texas keep up the offensive production they've found over the last few weeks?

The Cowboys have struggled to put up points recently, but this is still an offense capable of putting up 30 or 40 points any given week. The Longhorns defense has been solid, but the offense may still need to establish the same rhythm they found in wins over Texas Tech and West Virginia.

What they're saying - Texas:

What they're saying - Oklahoma State:

Cowboys profess resilience after losing three in a row (The Oklahoman)

The Longhorns have seemingly figured things out on both sides of the ball and look like the more complete team coming into this game. The Cowboys struggling offense may not turn it around against a strong Texas defense in this one.