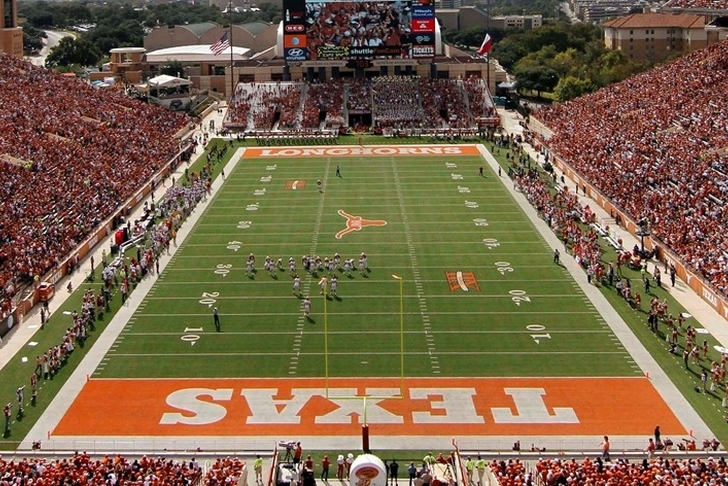 The Texas Longhorns open their 2014 schedule hosting North Texas. After a rocky 2013 season that saw the Longhorns finish 8-5, Texas will look to start off on a winning note with new coach Charlie Strong.

North Texas finished with a 9-4 record in 2013 and will look to put up a real fight with a defense that finished 8th overall in points allowed last season.

Key Stat: The Longhorns return their two top rushers from 2013 in Malcolm Brown and Johnathan Gray, who combined to rush for 1,554 net yards and 13 touchdowns last year. This tandem helped place Texas among the top 40 FBS schools in total rushing yards.

Texas Outlook: The Longhorns begin a new era with coach Charlie Strong, who takes over the program after 15 seasons with Mack Brown.

The offense will be led by redshirt junior David Ash, who will take the helm despite previous injury scares, and looks to kickstart a passing game that ranked just 82nd in yards per game in 2013.

North Texas Outlook: After a strong 9-4 finish last season – one that saw them win their first bowl game since 2002 – North Texas comes into the 2014 season with a few question marks on the defensive side of the ball.

The defense helped carry the Mean Green last season, allowing just 17.8 points per game, but they will have to rebound from a number of losses up front.

Offensively, North Texas will have to replace over 1,000 yards and 11 touchdowns left by running back Brandon Byrd.

To do so, junior running back Antoinne Jimmerson will have to step up further after a 2013 season where he rushed for 446 yards and seven touchdowns.

What to watch for: North Texas is facing a daunting task of facing a fired up Texas team playing in front of its home crowd. In order to keep pace, North Texas will have to slow down the Longhorns' run game and put the pressure on Ash and the passing game.

After injuries derailed Ash's strong start in 2013, he'll look to reestablish his presence on the field. Texas will be looking for a repeat of what he did in last season's opener – throwing for 343 yards and four touchdowns in a rout of New Mexico State.

What To Look For Against The Mean Green