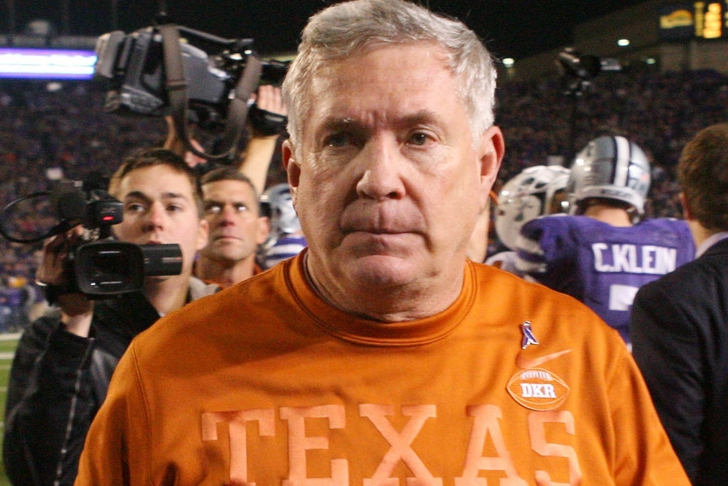 There is no doubt that things are not going very well in Austin right now. The Longhorns are 1-2, looking hapless in 2 straight losses to BYU and Ole Miss. Mack Brown has fired his defensive coordinator and is under constant scrutiny. The Longhorns host Kansas State this Saturday in prime time on ABC in front of a majority of this country. The Wildcats have beaten beaten Texas 5 straight times since 2006... you read that right, Kansas State holds a 5 game winning streak over the Longhorns right now.

If the Longhorns go down this Saturday, it will likely be the end of the Mack Brown tenure at Texas and UT AD DeLoss Dodd will be looking for a new head coach to lead the Longhorns back to prominence.

So, with that said, here is a list of the most realistic candidates that Texas will reach out to, listed in order of likelihood of being interested.

POLL: Should Mack Brown be fired if Texas loses a 3rd straight game this weekend?

Come back to Chat Sports daily for the latest Texas coaching rumors or create an account for our daily email newsletter.