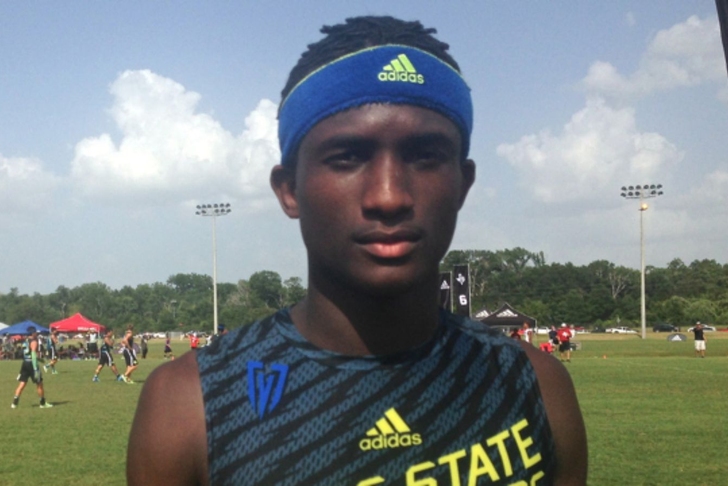 Four-star Manvel wide receiver Reggie Hemphill-Mapps committed to the Texas Longhorns back in October, but he's got another school to consider after not receiving any offers over the past eight months.

On Monday night, Hemphill-Mapps announced via Twitter that the Mississippi State Bulldogs had officially extended him a scholarship offer.

A heavily sought-after Class of 2016 prospect, Hemphill-Mapps chose Texas over the likes of LSU, Notre Dame, Oklahoma, and UCLA. The fact that the Longhorns won out over such a marquee list of programs bodes well for their chances of halting a flip by the Bulldogs.

Hemphill-Mapps is currently ranked as the #39 wide receiver in the nation and #33 overall prospect in Texas, per 247Sports' composite rankings.