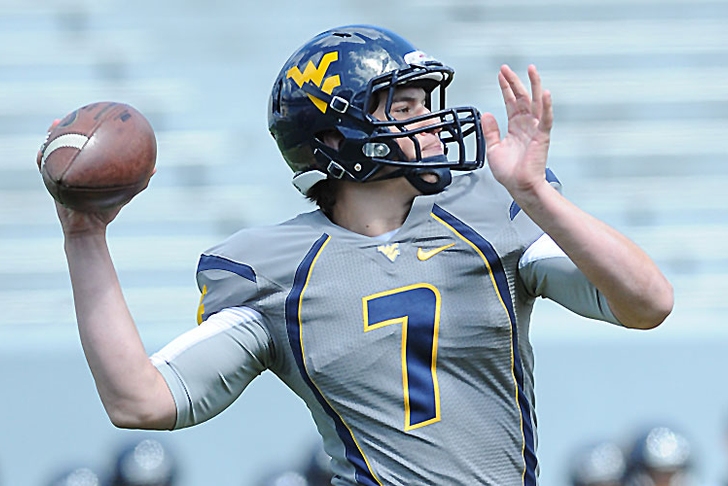 The Texas Longhorns had a disappointing first season under head coach Charlie Strong, but finished strong and have used that momentum in recruiting.

Finding a quarterback has been Strong's biggest problem since taking over. The Longhorns signed Kai Locksley on National Signing Day, but he'll likely redshirt, leaving Tyronne Swoopes and Jerrod Heard battling for the starting quarterback job.

Neither quarterback impressed the coaching staff last year, so Texas is trying to bring in former West Virginia quarterback Ford Childress as a late signee.

Childress went to WVU as a three-star recruit from the 2012 recruiting class and had a 1-1 in two starts with the Mountaineers. He threw for 357 yards and three touchdowns in a 41-7 win over Georgia State, but passed for just 62 yards and threw two interceptions in a 37-0 loss to Maryland (he played with a torn pectoral muscle in that game).

He was dismissed from the program for undisclosed reasons, and after a great season at Trinity Valley Community College, he is considering transferring to Texas or Texas A&M.

The 6'5", 234-pounder is favoring the Longhorns because of the potential for immediate playing time, but his father, Ray Childress, played for the Aggies.

Follow our Texas Longhorns team page for all the latest Longhorns news and rumors!