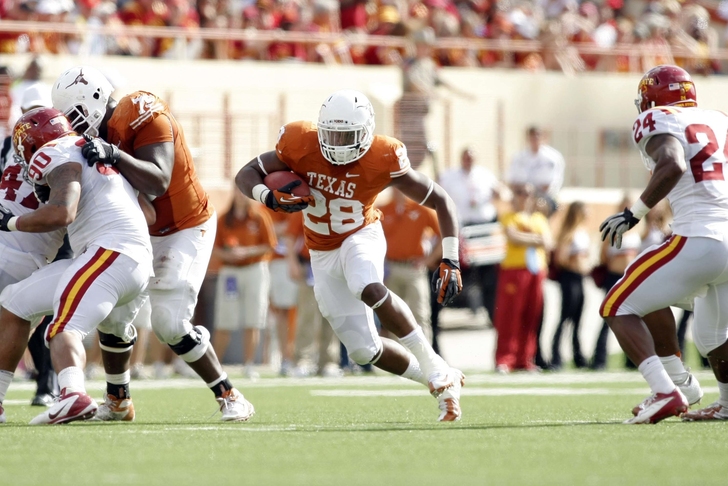 The Longhorns came out on fire in the first half, with the defense completely shutting down North Texas.

David Ash and the offense got things rolling in the 2nd quarter, putting Texas up 21-0 at the end of two.

After looking a little flustered in the early going, Ash got his feet underneath him and started leading Texas on consistent drives as the game went on.

Running backs Malcolm Brown and Johnathan Gray helped take some pressure of off Ash with multiple nice runs, cutting through to the second level of the North Texas defense.

Senior receiver John Harris posted a career game, hauling in his seventh catch of the night for a touchdown that put the game out of reach at 28-0 in the third quarter.

He finished the game with seven receptions for 110 yards and a touchdown - there's no doubt we'll be seeing much more of him as the season goes on.

There was a nervy moment when an Ash fumble was returned for a touchdown early in the fourth quarter, but it would end up as North Texas' only score of the day.

The Mean Green's two quarterbacks combined to throw four interceptions while completing just three of 17 passes, and a late interception TD return for a touchdown ended any hopes of a wild comeback. While the Longhorns offense executed well, it was Charlie Strong's defense ensured that ensured this one was never really in doubt.

HOOK 'EM HORNS! This 2014 Texas Hype Video Will Give You Chills

7 Reasons Why Texas is Better Than Oklahoma