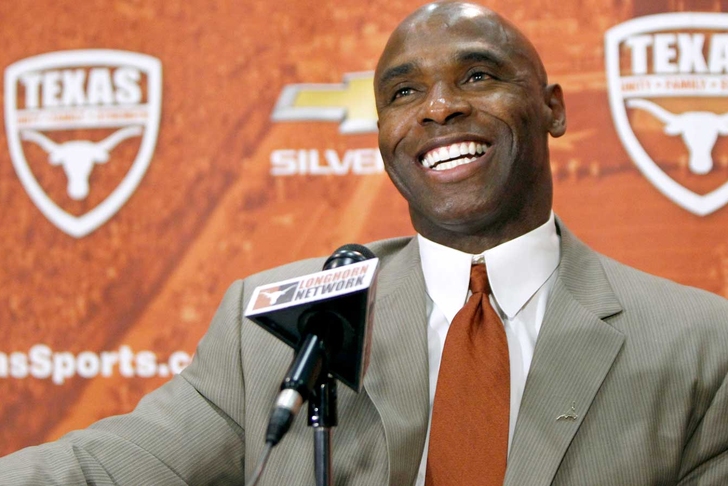 In Texas football news today, it looks as if the hiring of new Texas Longhorns head coach Charlie Strong is going to come with some added charges not necessarily reflected on the sticker price of his contract.

Per Chris Hummer of The Dallas Morning News, despite Charlie Strong's advertised salary of $5 million, the Texas Longhorns will end up paying almost $13 million out before the end of the 2014 in charges associated with the former Louisville head coach.

Hummer breaks it down like this: $5 million in base salary for Strong, $4.375 million in funds owed to Louisville for Strong's buyout, $3.25 million for the buyout and owed salary from Louisville itself, and $267,000 for the firm that was hired to find Texas' next head coach -- roughly adding up to just under $12.9 million.

To put this into perspective, legendary coach Mack Brown made just about $5.4 million in his final year with the Longhorns.

Strong also has a bonus structure in his contract which could add $1 million or so if he reaches certain performance plateaus, meaning that a good season out of Strong could cost the Longhorns upwards of $14 million.

For the sake of Texas Longhorns fans, let's hope that it is money well spent.