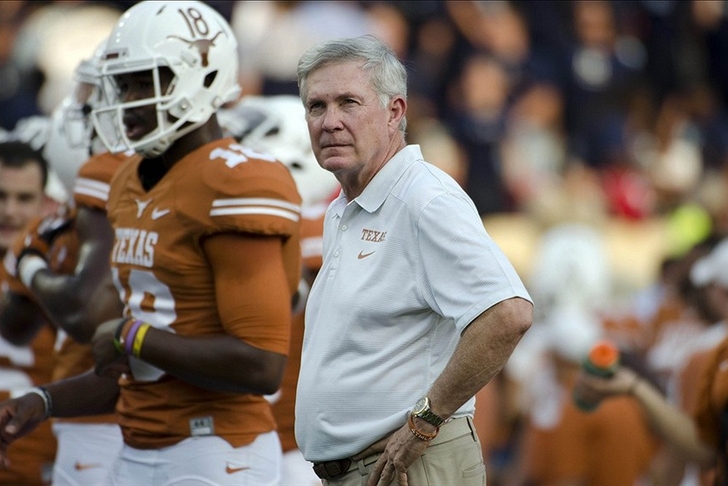 Tomorrow could very well be Mack Brown's last day as Texas coach (if it isn't tomorrow, it'll be early next week), and Texas regents are already hard at work hunting for his replacement. Here are the coaches most likely to step in for the Longhorns, as of Thursday evening.

Fisher's status remains unchanged - he's someone the Texas athletic department is interested in, but they're still confident of landing one of their top two choices. Unless that changes, they won't reach out to him.

Malzahn's interest in the Texas job and recent success makes him an alluring prospect, but Texas regents still think they can do even better. That said, he'll get a call if things don't work out with the top dogs.

Shaw has rapidly risen up the leaderboard, and word on the street is he's open to a move to Austin if the opportunity presents himself. His success at Stanford speaks for itself, and there's reportedly mutual interest - keep a close eye on Shaw as things progress.

Harbaugh is the #2 choice in Austin. His availability is the biggest stumbling block - if the Ravens make a playoff push, he won't be available for at least another month, which is a major deterrent for Texas officials. If they don't make the playoffs and the #1 choice doesn't work out...well, stay tuned.

Saban's had a contract offer on his desk from Alabama for about a week now. With each hour it goes unsigned, the odds of him making the move to Austin increase. So AJ McCarron says Saban won't be moving...we're hesitant to take too much stock in that, since it isn't like Saban would come out and tell his star QB he's skipping town right before a bowl game. Texas is very confident of landing Saban, which makes us think they know something McCarron doesn't...