Texas Basketball Running Out Of Chances 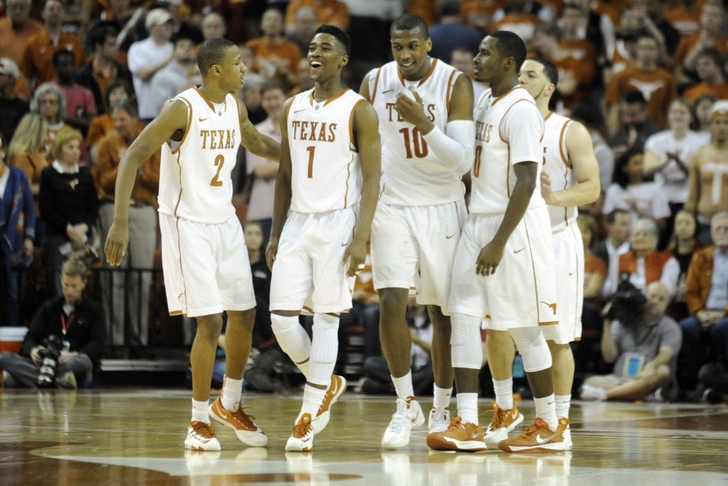 Following 3 more Big 12 losses, the Texas Longhorns are on the verge of falling out of tournament contention. Now sitting at 17-11 and 8th in the Big 12, the team once ranked as high as #6 is continuing their tail spin. With 3 games remaining, Texas definitely need to win two of them to even be considered for an at-large bid.

Tomorrow, the Texas Longhorns take on the Kansas Jayhawks at Allen Field house. After the result of their first matchup, I think its safe to assume that it will be an uphill battle for the horns. However, Texas has the talent to win a game against any team if they can cut down on the turnovers and actually run a half decent offense. With the emergence of Kendal Yancy, if the Texas bigs can step up don't count out Texas in any game. It will take a near perfect game from Texas to pull of this upset, but with talent like Myles Turner and Isaiah Taylor, anything can happen.

The safer bet for Texas is to win their final two games against Baylor and Kansas State. While these games are no cake walk, they should be easier matchups for Texas. However, the Big 12 is as unpredictable as any conference in college basketball so no guarantees. With the season coming to an end, there is very few chances left for the Horns to try and fix this train wreck. For a team as talented as Texas, it would truly be a shame to see them in the NIT.

According to ESPN analyst Joe Lunardi, Texas is currently one of the final four teams predicted to make the tournament. It would be an understatement to say that this season has been a disappointment, and while I continue to hold out hope that eventually this team would put it all together, the time frame for that is dwindling. One can dream though, and if there are any genies out there, please don't let the talent of this Texas team go to waste.