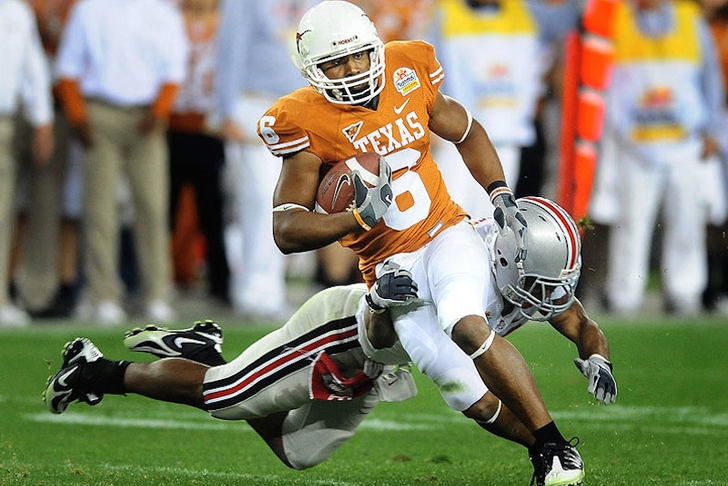 We caught up with former Texas and NFL wide receiver Quan Cosby to recap the Longhorns’ matchup with in-state rival Texas Tech last weekend. Cosby covers the Texas football team for IMG Radio Network. You can follow him on Twitter at @QCosby17.

Texas brought their conference record back to .500 following a victory over in-state rival Texas Tech last weekend, and now will look to start a winning streak with West Virginia coming to town.

"I liked what I saw," Cosby said of the Longhorns' win. "On paper, Texas should have beat them and they did convincingly. We have really good athletes and played like the better team."

One thing that's held the Longhorns back this season is that no one has stepped up and made a game-changing play when they've need it, but that happened against the Red Raiders.

With the Longhorns trailing 13-10 in the second quarter, Texas went all the way down the field and scored in just two plays thanks to a 68-yard catch by John Harris and a 17-yard touchdown run by Johnathon Gray.

"That was the difference in the game," explained Cosby. "Texas has guys that have the ability to make a game-changing play, and they made them. It's one of those little steps that they need to make, so it was good to see that."

However, Cosby didn't think everything went as well as it could have in Lubbock.

"The first time [Texas Tech third-string QB] Vincent Testaverde came in the game and drove right down the field, it was a little alarming. Texas' defense has been very good - the teams' highlight of the year - and they've set a certain standard for themselves. They let their guard down, but got it back and shut them out for the rest game which was nice to see, but they have to play to that standard all the time."

We'll have part two of our conversation with Quan Cosby on Friday as he previews the West Virginia matchup for us.

Texas faces the Mountaineers at home on Saturday.