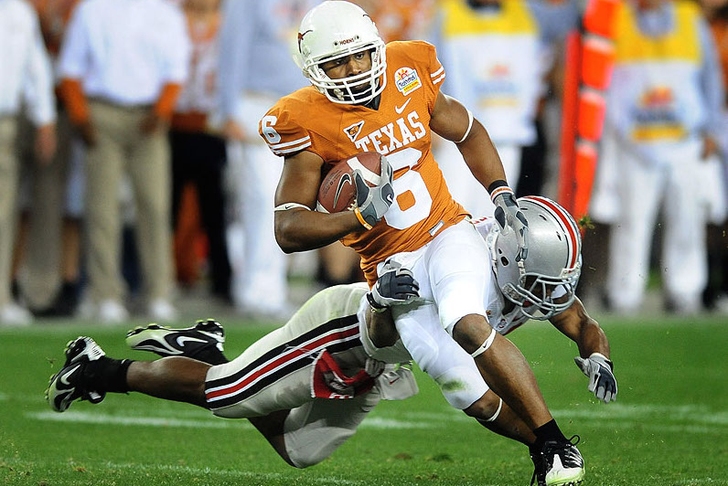 We caught up with former Texas and NFL wide receiver Quan Cosby to recap the Longhorns’ victory over West Virginia last weekend. Cosby covers the Texas football team for IMG Radio Network. You can follow him on Twitter at @QCosby17.

Texas improved their record to 5-5 on the season (4-3 in Big 12 play) with a 33-16 upset win over then-No. 23 West Virginia at home this past Saturday.  Cosby credited the win to the Longhorns' success in the running game.

The Longhorns rushed for 227 yards in the contest, which helped them gain a 24-3 halftime lead over the Mountaineers.

"The fast start was huge for us," Cosby explained. "Not only did it give us confidence, but the intimidation factor of playing Texas - especially in Austin - goes way up when you’re down a couple touchdowns. I think that played into some of the questionable decisions West Virginia coach Dana Holgorsen made."

The Mountaineers went for it on fourth down five times and failed to convert an onside kick early in the fourth quarter.

As well as Texas played, Cosby said there are still areas they can improve in.

"The offense hit a lull after halftime. They had a big lead but didn't put any points on the board in the third quarter. The defense was lights out and kept West Virginia from scoring in that quarter as well, but the offense has to have that finishing mindset."

We’ll have part two of our conversation with Quan Cosby on Friday as he previews the Longhorns' matchup with Oklahoma State.