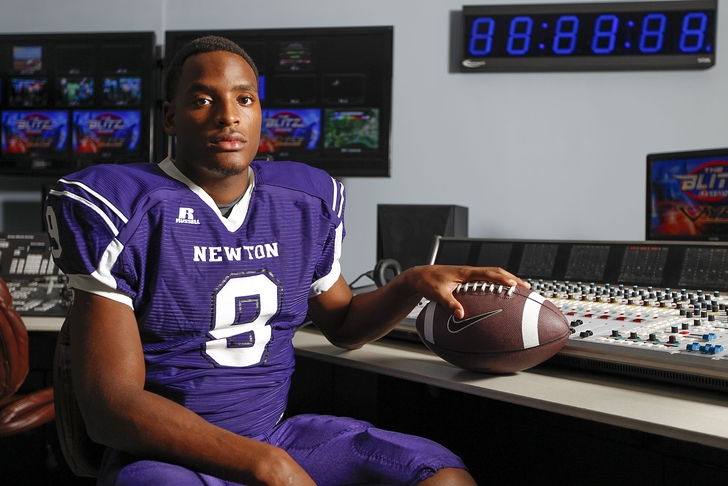 Here's a heartwarming bit of Longhorn football news for the end of the work week--Texas Longhorns three-star running back recruit Kevin Shorter is absolutely ecstatic just to have any chance at all to play football at the next level after a spinal cord injury almost ended his career.

Speaking with ESPN Insider reporter Max Olson, the Newton, Texas first-team all-district selection was visibly moved when speaking about the opportunity to play football for Charlie Strong and the Texas Longhorns, especially after former coach Mack Brown made sure the Longhorns honored their previous commitment to giving Shorter a full academic scholarship--

"Some of the doctors said I wouldn't be able to play, but in the back of my mind I didn't give up on it, so that's what I plan on doing, is getting this surgery, coming back next season, and playing."

Shorter suffered the spinal cord injury on a kickoff return during his senior season, experiencing numbness in both of his arms after running into his own blocker. His suffered a bruised spinal cord, pinched nerves in both arms, and was hospitalized for about a week.

When asked about what it meant to him that Texas stuck by him through all this, Shorter responded, "It shows a lot about Texas, it shows that their not just (under) you for football, but they want you to get a degree and succeed in life."