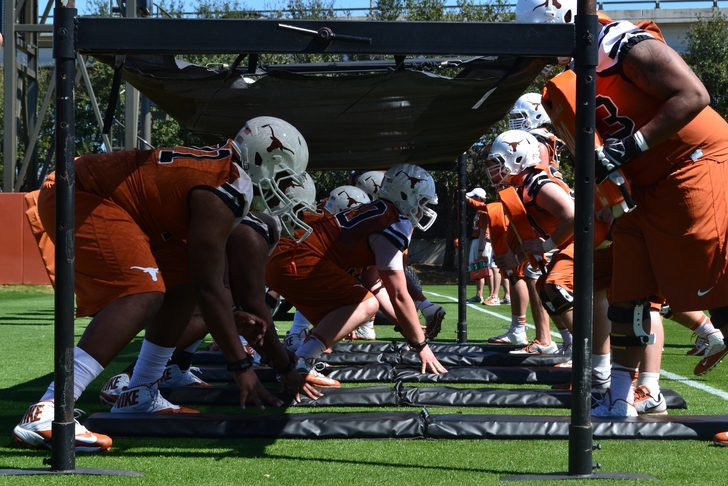 In today's Longhorns football news and rumors update, former four-star offensive line recruit Rami Hammad will be leaving the program in search of another program in which to realize his potential.

According to John Taylor of NBC's College Football Talk, "at a press conference Thursday, head coach Charlie Strong announced that Rami Hammad has become the latest player to leave the UT football program over the past few weeks.  Hammad, however, is not a forced departure as he has simply decided to transfer out."

Hammad's departure likely has more to do with the fact that he wasn't slated to appear on the team's two-deep depth chart heading into the season. He will likely attempt to find a lower major or mid-major school where he can instantly challenge for a starting role.

Hammad was a four-star pickup for the Texas Longhorns in their 2013 recruiting class. He was rated as the #10 guard in the country in that class and the #24 player at any position in the state of Texas. He didn't play as a true freshman, taking his redshirt season instead.