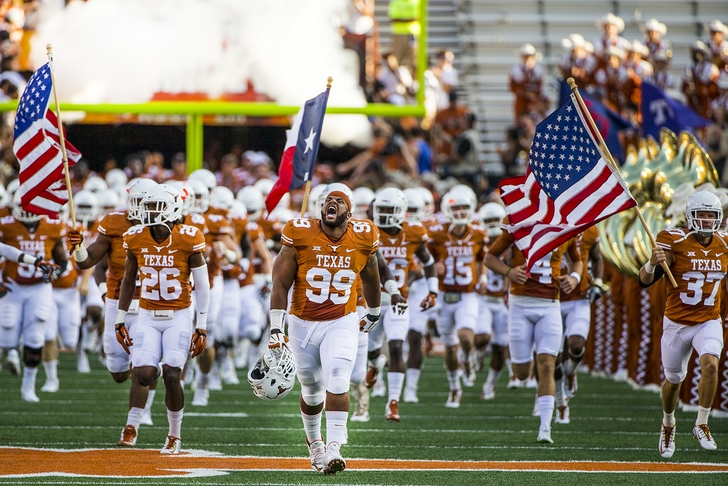 In this Longhorns football news and rumors update, the sting of Desmond "Tank" Jackson's coin-flip error  has been extremely present in team social media circles all week long.

Jackson has been subjected to a ton of criticism in that short span, with some detractors pointing their finger at him when it comes to placing blame for Texas' 20-17 loss against UCLA. In response, the man they call "Tank" took to twitter to offer an apology to Longhorns fans everywhere:

To everyone including longhorn nation.. That’s my fault on the coin toss.. You live and you learn. It won’t happen again.

People never can talk about their own mistakes but wanna talk about everyone else.. I’m human an sometimes you freeze up an make mistakes..

So I learn from it. And I’m moving forward and continue to be one of the best d-lineman and best teammate I can be in the country.God bless

Jackson is likely not to see the field again in 2014 thanks to an ankle injury he suffered in Saturday's game, but will at least remain an emotional leader for the team as they move forward through the 2014 season.